Cheerfulness is part of the Walloon way of life. Folkloric traditions are still cherished in these modern times, and looked forward to with high anticpitation. To each month its celebration… February marks the beginning of a new season in the South of Belgium – not just spring, carnivals!

You might have heard of the Gilles, undisputed stars of the Binche Carnival. A thousand join on Shrove Tuesday, dressed in identical masks, straw padded suits (giving a hunched back appearance) decorated with jingling bells and a rather impressive ostrich feathered headgear. Quite a sight! Each carries a wicker basket full of oranges, which are distributed to the crowd. Whatever you do don't throw one back. It's incredibly bad luck : It's metaphorical blessing and should be embraced with goodwill. 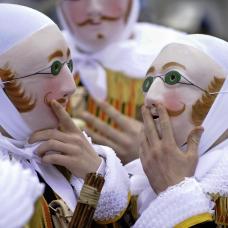 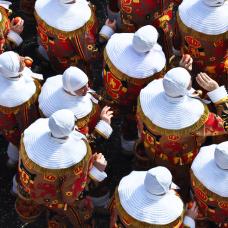 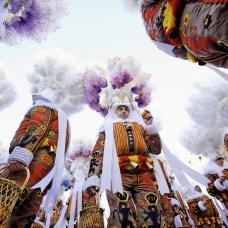 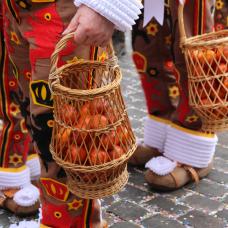 Malmedy’s festivities are referred to as the Cwarmê d'Mâm’dî: everyone speaks Walloon for the occasion. Haguètes (masked figures in red robes and plumed hats) wander through the city, grabbing onlookers with their hape-tchâr (a type of wooden tongs) until they kneel and ask for forgiveness. All in good spirits, of course!

The Eastern Cantons celebrations include le jeudi des vieilles femmes. On that day, the local town halls transfer their authority to women, who will dance in the streets in fancy dress, sing and… occasionally cut men’s ties. Another tradition is to choose (and crown) a Carnival Prince and Princess. 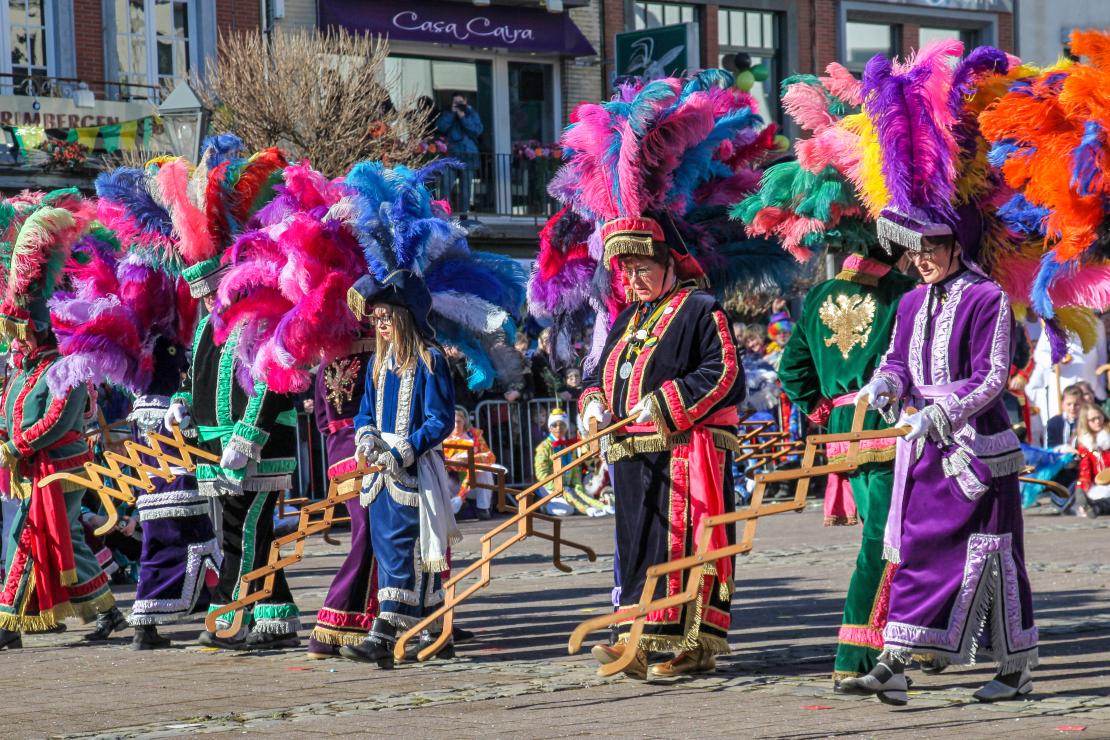 Some towns prefer to celebrate during Lent – a way to make a reflective period a little less austere. These vibrant festivities are known as Laetere ones. They usually finish with a bonfire with a straw effigy symbolising winter placed on top.

Bouge, near Namur, does this in style with not one but seven colossal feux de joie across the valley and fireworks for an even sparklier finale.

The most famous procession is Fosses-la-Villes. Its Chinels (inspired by the "Pulcinella" of the Commedia dell'Arte) wear shimmering outfit, made of silk and satin. The tunic is characterized by two tapered bumps: one on the thorax, inclined downwards, and the other in the back, inclined upwards. Together with Pierrots, stilt walkers, witches… they jump and dance joyfully to sound of drums, blare and fanfares.

In Stavelot, you will meet the Blanc-Moussis, in full white costume and Pinocchio-like mask. These funny characters love to throw confetti and play amusing tricks: dangle dried herrings in people’s hair, approach bystanders with dried pork bladders or simply dance with them. Fancy something completely different? Try Andennes, filled with hundreds of locals in bear costumes. This gentle beast is the town’s mascot.

No two carnivals (or Laetare) in Wallonia are the same. It might take you a few years to see them all… 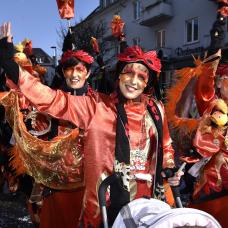 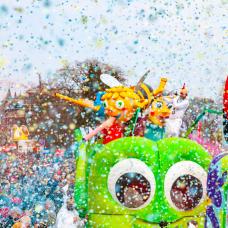 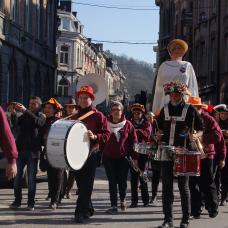 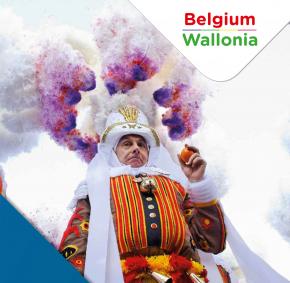