Fascinated by churches and other religious buildings? Or simply loved admiring the details in stunning façades? Step off the (touristic) beaten path to discover real jewels of the South of Belgium’s heritage. You may not encounter many visitors there but oh, you will be wowed.

From the gorgeous farm of Baseilles (in Mozet, one of the prettiest villages in Wallonia), take a stroll along the wooded GR 575 trail. Suddenly here it is – Mount Sainte-Marie… The view, from this listed building, simply is breath-taking. Perched on the hilltop can be seen the remains of a Romanesque watch tower (11-12th century) and Gothic choir (18th century). The nave probably was destroyed in the 18th century, dividing the building in 2. Make the most of that beautiful day out and stop by the Château d’Arleville, just a little further. 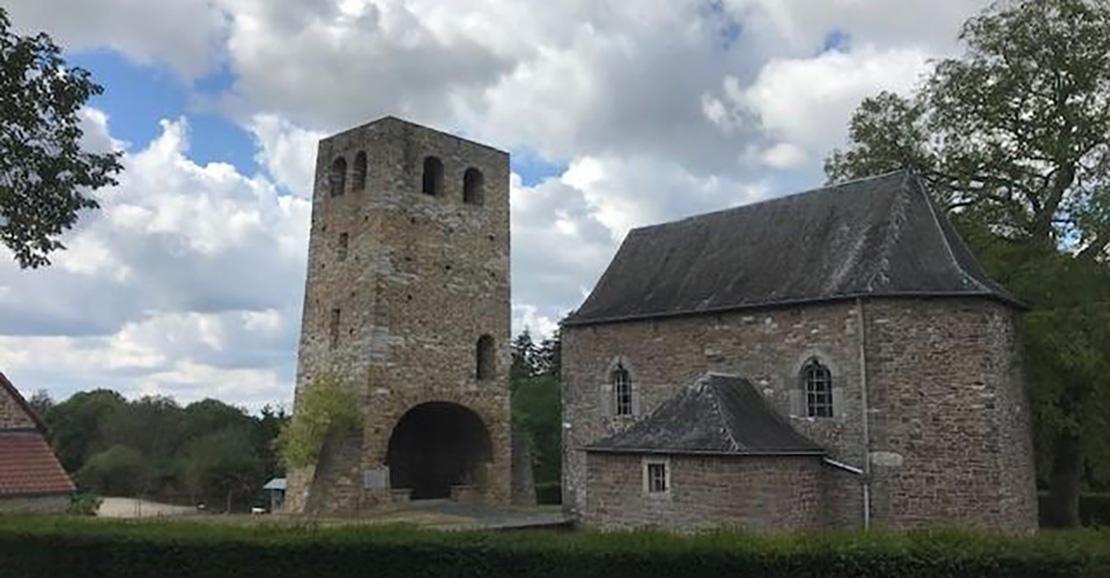 In the 11th century, the First Count of Arlon chose the Knippchen, the mound found at the heart of the city, was chosen from the first count of Arlon as the ideal location to build a castle. In 1558, the Duke of Guise leaves it in ruins, on which the Capuchin friars built a convent in 1621. A protective wall was soon added to make it a fortress. Only the church remains today. Its belvedere offers the most incredible view over Belgium, France, the Grand Duchy of Luxembourg, the way of the cross (listed as exceptional cultural heritage of Wallonia). Even more enchanting: the bells marks every hour by playing the Pays d’Arlon traditional folkloric song. 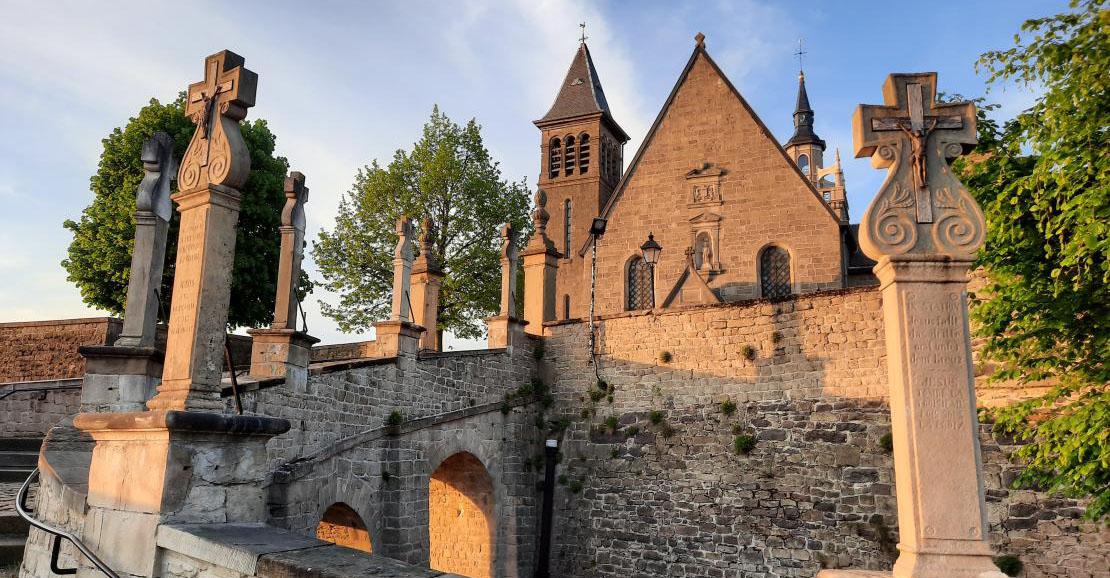 Visit, nestled in the Sambre valley, Belgium’s oldest church. Built at the beginning of the 9th century by the monks of the Lobbes Abbey, it kept its its Carolingian style, softened, here and there with Mosan touches. Have a closer look, as you visit the site, at the remarkable sepulchral artefacts such as Merovingian sarcophagi. In the crypt, just like pilgrims did in medieval times, say a few words or a prayer to Saint Dodon and Saint Renelde, known to relieve back aches and skin diseases. Well worth the detour… 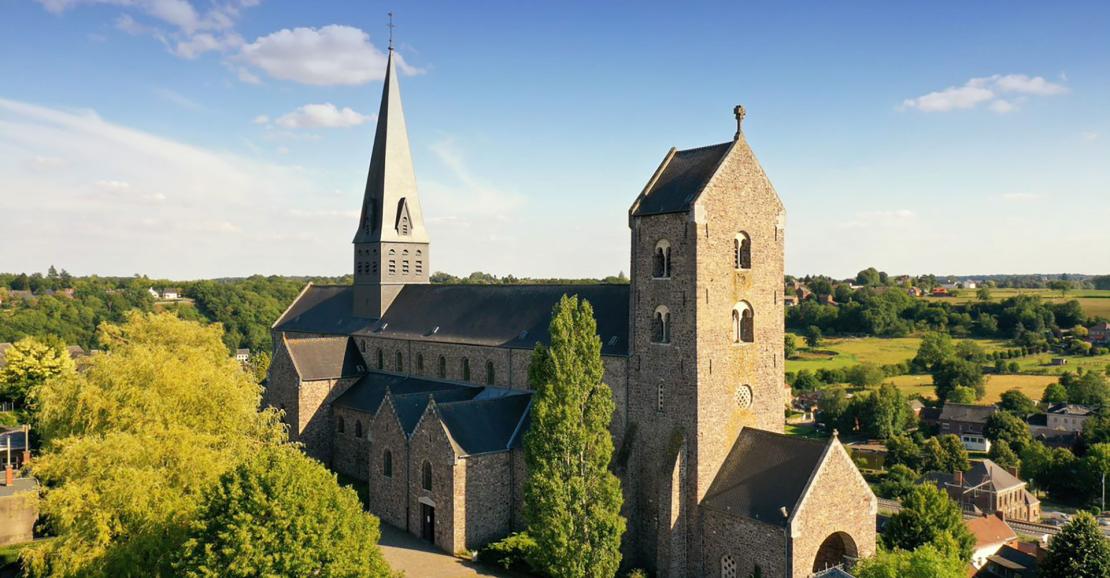 Built in the 16th and 18th century on the ruins of the Basse-Wavre Benedictine priory, Notre-Dame basilica has been a beloved place of pilgrimage for over 500 years. The Grand Tour, a touching religious procession dedicated to Mary, is recognised as immaterial cultural heritage by UNESCO. The basilica also is home to a shrine containing the relics of 40 saints and martyrs – including those of Mother Teresa. Step this way to enjoy a virtual tour! 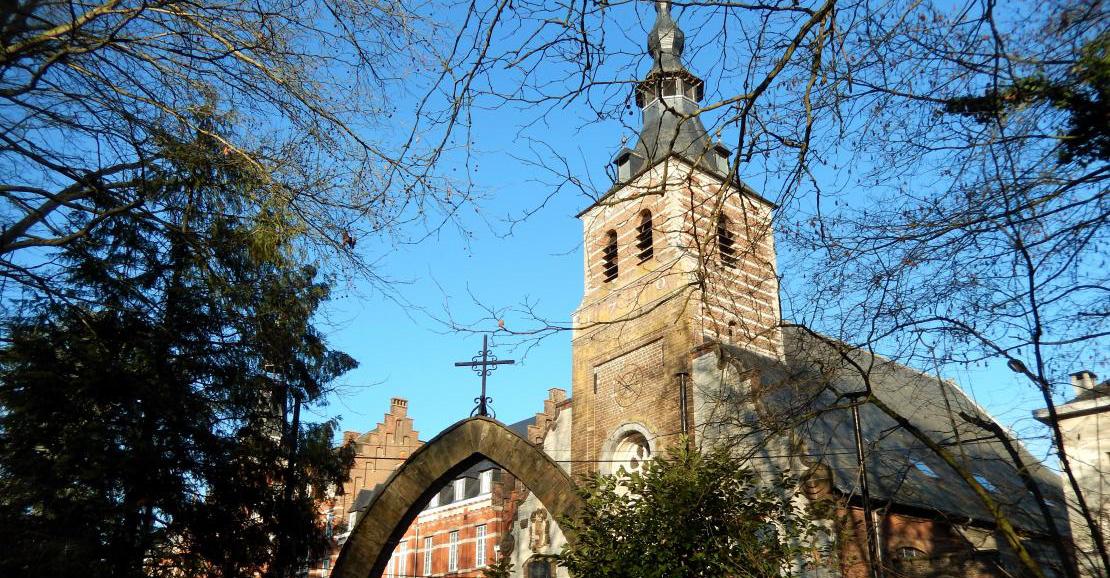 An architectural masterpiece. A sumptuous Gothic building. A Mosan gem. These are just some of the impression shared by visitors… This collegiate church, listed as exceptional cultural heritage of Wallonia, blends in Romanesque, Rayonant Gothic and Flamboyant Gothic styles. With its square towers, the skylight over its choir, Li Rondia (the largest Gothic rosacea in Belgium) and its Romanesque crypt featuring am internationally revered Treasury, this collegiate church is without doubt one of the Must See sites of the town. 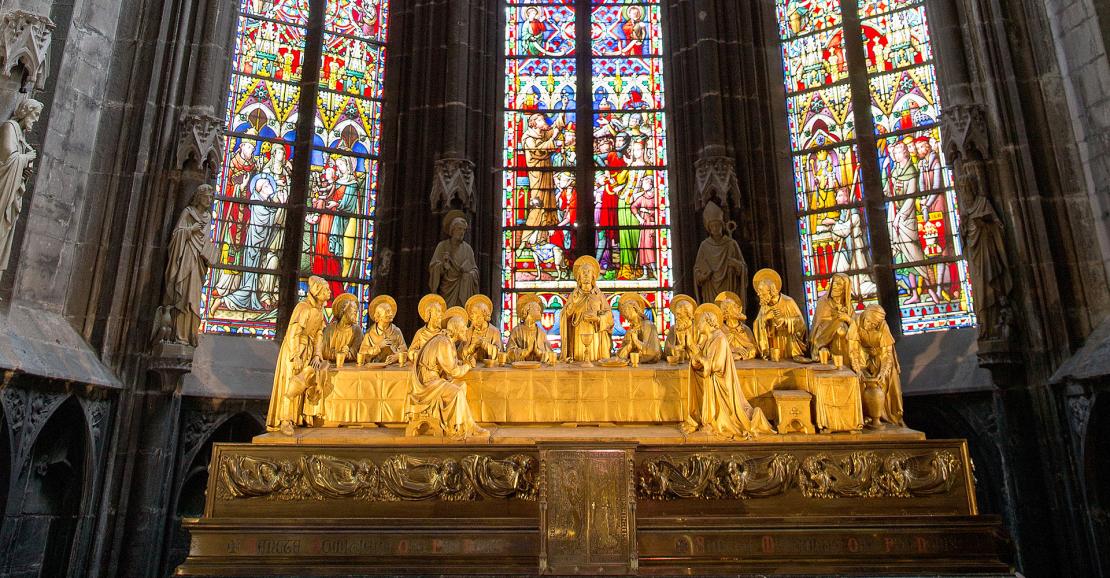 Considered one of the oldest Romanesque churches in Belgium, Saint-Etienne de Waha features stunning stained window designed by Belgian artist Jean-Michel Folon, little known outside of Belgium but whose sculptures always impress viewers. Then wander through the sweet little streets of Marche-en-Famenne, whose street art and cheerfulness are sure to steal your heart! 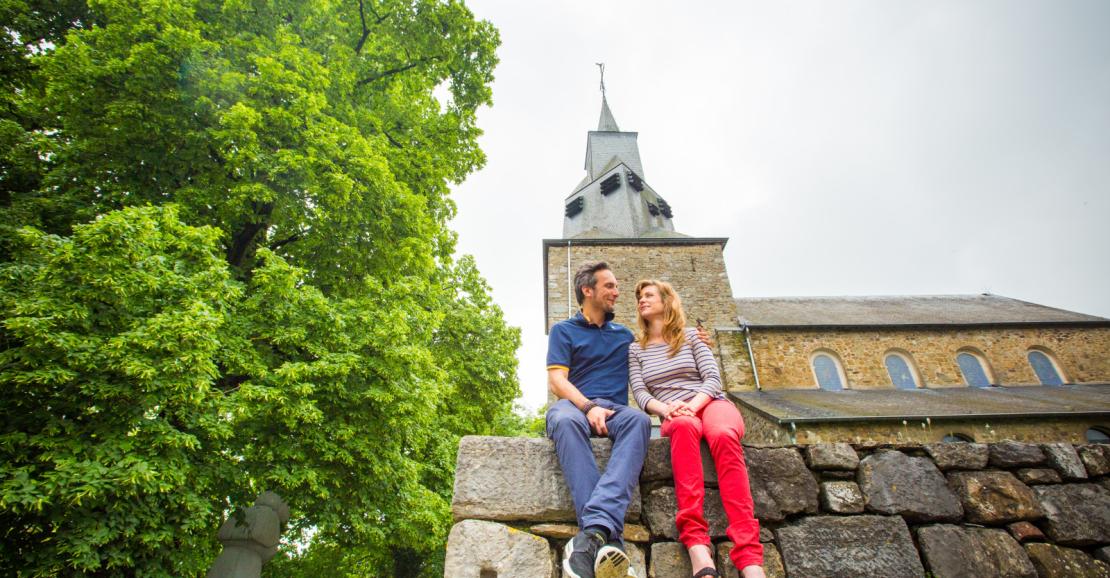 This village, also considered one of the prettiest in Wallonia, is home a jewel of Romanesque Mosan architecture. Built in the 11th century by Saint Hadelin’s followers, modified a few times along the centuries, this church retains a fascinating harmony in style. From there, the Way of the Cross, sprinkled with contemporary art works, will take to the top of the hill: the view from there simply is gorgeous. A visit to the Château de Vêves, nearby will add the perfect conclusion to the day. 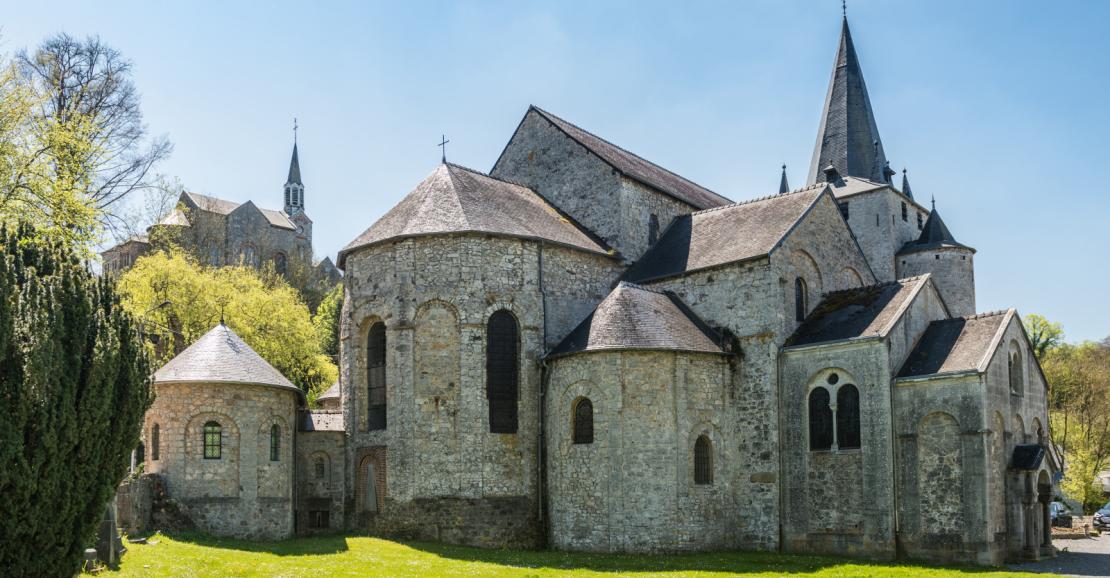