From walking on the moon, parading with peacocks or tripping the light fantastic in eerie underground caves.. Kids and adults will love Wallonia’s weird and wonderful activities: 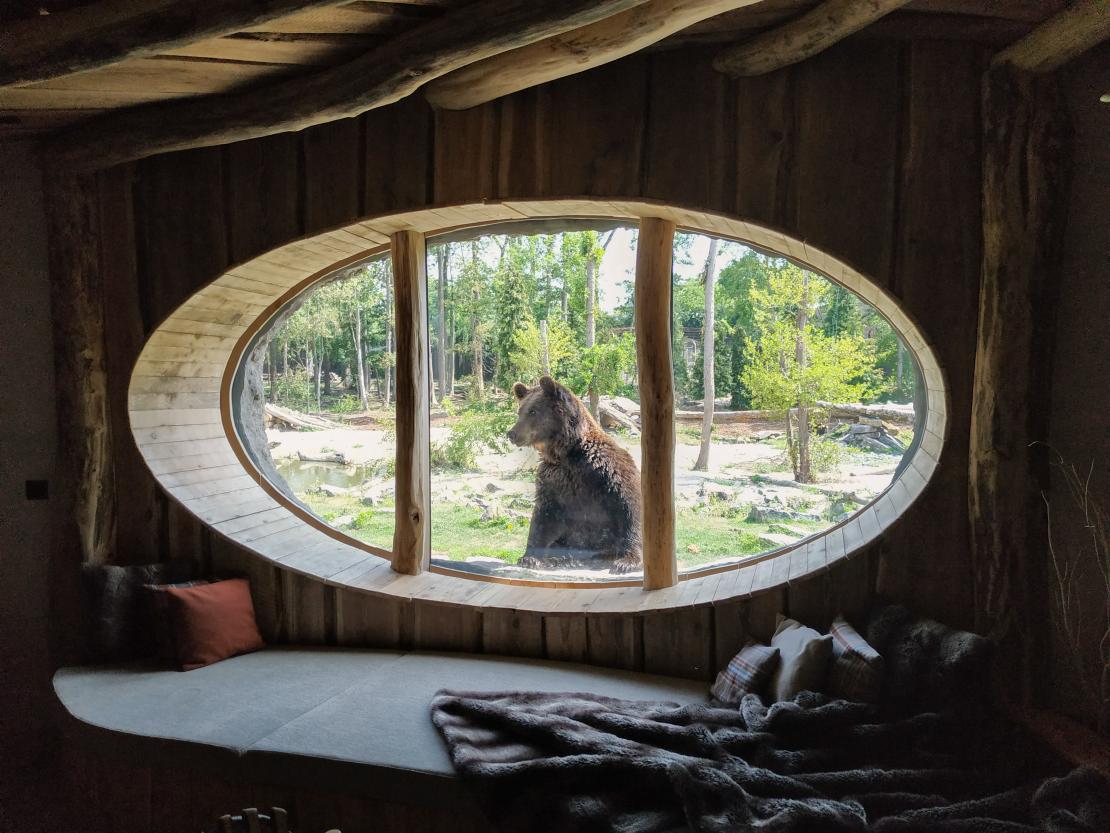 With over 5,000 animals it’s no wonder Pairi Daiza was voted best zoo in Europe in 2018. Pairi Daiza park’s unique ‘wild and free’ concept is a wondrous sight with parading peacocks, majestic elephants and roaming orang-utans to behold!  Styled as the zoo of the future, it’s as if Pairi Daiza has compressed much of the earth’s natural history into 125,000 acres.

Spend your time encountering birds and animals from all five continents of the world in acres of themed gardens: from Ganesh’s Kingdom where the elephants rule the show but live alongside white tigers, macaques, porcupines and orangutans to African Savannah featuring lions, buffalo, rhino and leopard. Baby Panda Tian Bao is the true star, she’s a social media sensation after her birth in 2016 streaming live from her home in the zoo’s Chinese Gardens. 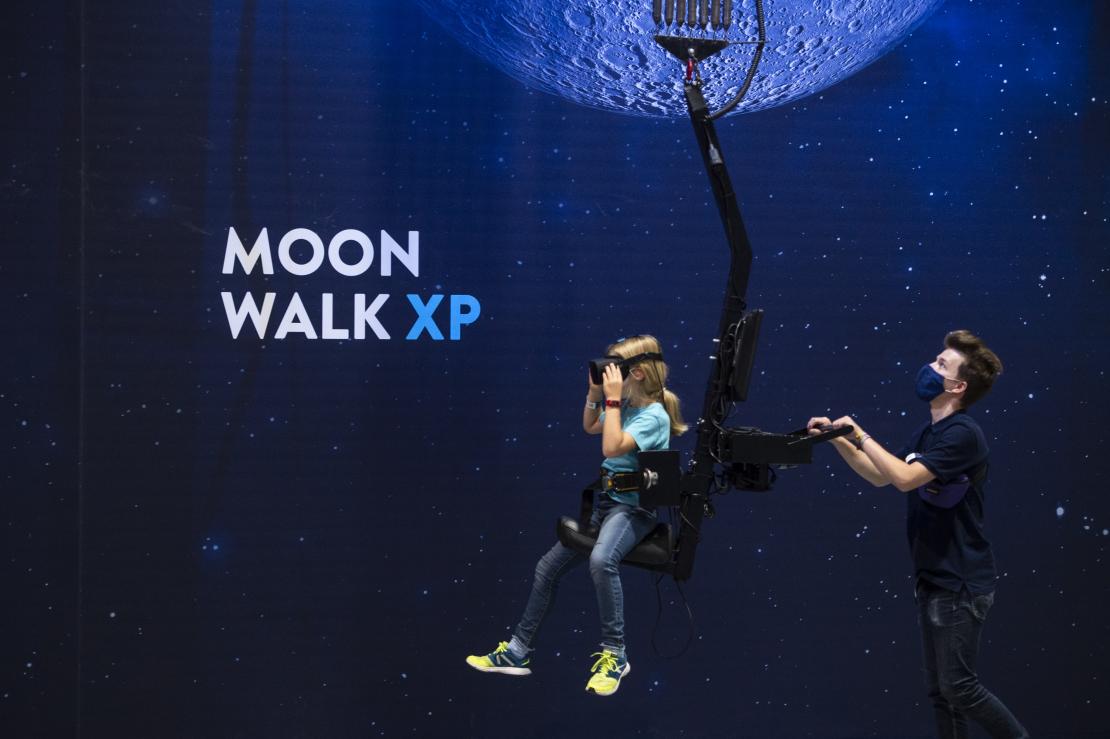 British visitors love the Euro Space Centre since there’s nothing to match it anywhere in the UK. Follow in Neil Armstrong’s footsteps by donning a virtual reality mask and doing a Moonwalk, where you ‘weigh’ six times less than on earth. Build your own rocket or operate a galactic mission and learn to live like an astronaut in space. Or try the Marswalk XP, which involves a special chair and another virtual reality mask that transport you to the Red Planet. You can even climb aboard a full-size replica of the US Space Shuttle to inspect the cockpit and cargo bay.

You’ll emerge from the Euro Space Centre ordeal dazed, confused and with a deep appreciation of what the pioneering astronauts and cosmonauts achieved in the most uncomfortable conditions imaginable. Check out the new game ‘Space Hero’ – an innovative space mission using tablets – testing thought, agility and innovation – new from July.

The Caves of Han are bang slap in the heart of a newly listed UNESCO Global Geopark. That means it’s a site of important geological significance and top dog for its natural and cultural elements.

Take the 100 year old tram from the village to the cave entrance to explore the world-famous underground world of the Caves of Han-sur-Lesse, near Rochefort. Over time, the water has carved and shaped the rocks into haunting caverns and crevices, and boasts many mysterious galleries and majestic rooms. The fossils adorning the Cave walls are a reminder of the tropical ocean of creatures that once swam through these vast spaces. The 3D sound and light show “Origin" immerses visitors into the origins of the universe, going back to the Big Bang and inviting them to explore subterranean worlds at the very heart of untamed nature. Like an underground nightclub it uses the latest video mapping technologies to recreate the story of past times in these dramatic underground galleries.

Above ground in the Han Wildlife Reserve the wow factor continues in the 250-hectare haven of peace. The only place in Belgium to be home to the European “Big Five” in their natural habitat (wolf, bear, lynx, European bison and wolverine).

Discover the Domain of Han 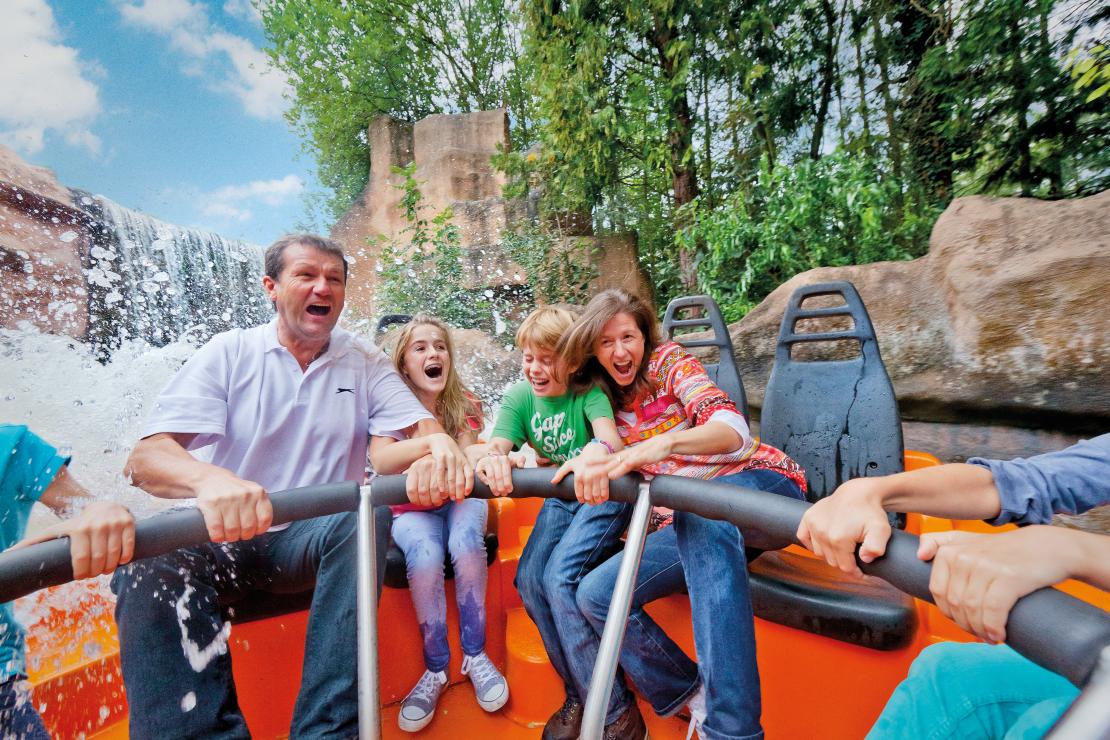 Be afraid! Be very afraid. Walibi - the largest adventure park in Belgium is no place for scaredy cats! As Wallonia’s top tourist attraction the rollercoaster rides and waterslides seem to get faster and scarier every year. Adrenaline junkies can take their pick from Radja River, where you hurtle for 1968 feet  through rapids and waterfalls; a runaway train in Calamity Mine; the Dalton Terror, that freefalls 252 feet in seconds; or the Pulsar, that reaches a speed of 62 miles per hour before a spectacular splashdown.

Little ones can have fun too with sixteen attractions specially designed for them. Walibi Fun Park is open almost every day in the summer from 1 April onwards.

The Canal du Centre Boat Lifts – a lift for boats? 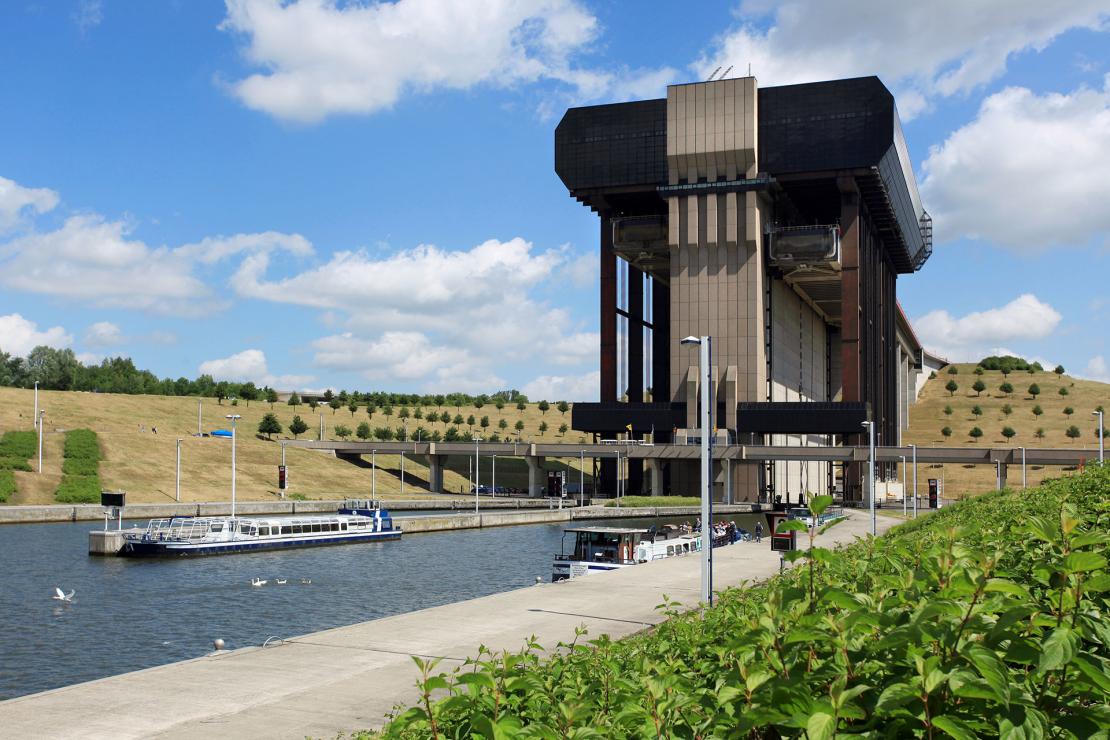 Check out the power of technology in the form of Boat Lifting at Strepy-Thieu. Can you imagine? A lift for boats? Well Belgium has the second biggest boat lift in the world able to raise boats of up to 1,350 tonnes by more than 229 feet! The humungous concrete and steel structure looks like it has been accidentally forgotten by the directors of a sci-fi movie. The fact that this building is also able to hold a ship is equally gobsmacking.

The structures cut a striking figure on the canal with their enormous lifts visible from far, like enormous metal spiders hovering over the water. Take a picnic with local specialities and stop by these impressive structures as part of an enjoyable day’s cycling along the RAVeL networks. Theses paths are part of 838 miles of disused railway lines and canal towpaths that have been converted into 45 routes for cyclists, hikers, horse riders and people with reduced mobility.

Leaf through our brochure to start planning the perfect holiday